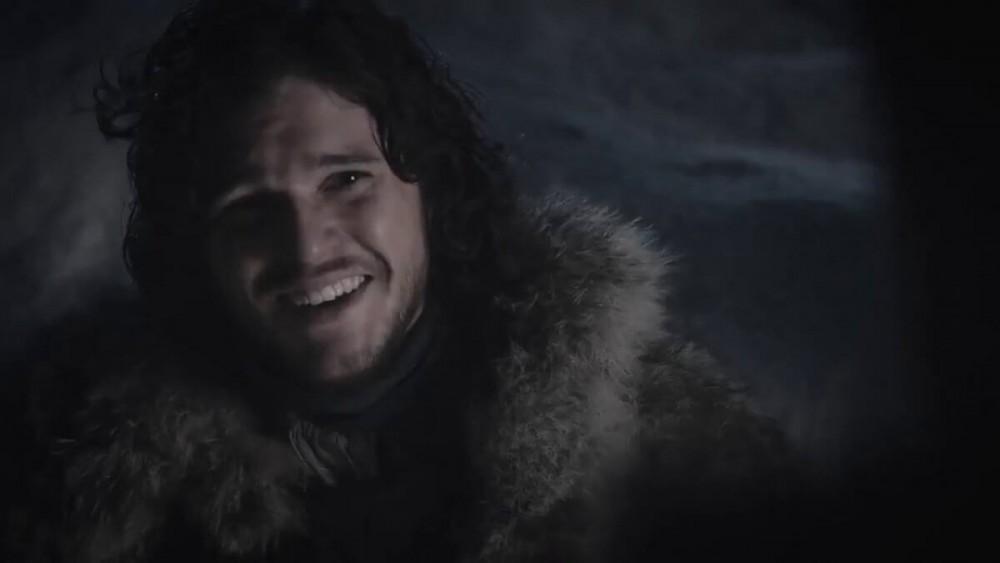 You don’t see Jon Snow smile these days, with the White Walkers marching south toward The Wall and Cersei waiting for the opportune time to regain the initiative to the south. But, when he does, it makes the fans go crazy. How realistic are perfect, white teeth for the period, though?

The evidence is somewhat mixed, and in ways unexpected.

It was said that Queen Elizabeth I’s of England’s teeth were in such poor condition that foreign dignitaries couldn’t understand her when she spoke. She hated going to the dentist and, worst of all, when she did get medical advice, her doctors told her to eat more sweets (they help sweeting your breath, right?). According to one rumor, her subjects would speak to her from a distance, lest the stench of her breath waft into their nose.

Elizabeth wasn’t the first English royal who had bad breath and received bad dental advice. In 2012, the remains of Richard III were found beneath the former site of the Church of the Grey Friars (now a modern parking lot). His teeth were missing and he had bad tartar buildup.

Some wonder whether he followed the advice of Giovanni de Arcoli, a professor of medicine at Bologna. Apart from being the first person to suggest filling teeth with gold, de Arcoli was also a big supporter of sweets as a solution to dental problems. He also recommended breaking “hard things” with your teeth (to “work them out,” I assume), as well as using prototypical toothpicks to help expel food debris from the mouth.

From the examples of Elizabeth and Richard III, it seems as if people back then simply didn’t have much luck when it came to oral health.

At the same time, strong, white teeth were desirable and seen as a sign of beauty. I mean, when haven’t they? Still, if a great smile was something to aspire to in the Middle Ages, then surely it was attainable, right?

It was, but mostly for the people of a specific class…the poor.

The Silver Lining to Being Poor in the Medieval World

The 2012 findings of Richard III’s remains led to a paper published in April 2013. It showed that the teeth of the well-off were in generally poorer condition than those of the downtrodden, in Medieval England at least.

How could this be?

Aren’t the rich usually the ones who live the best lives at the expense of the poor?

In most things, that was probably true. Not in dental health, though.

You see, it was the rich who had the most access to sugars and sweets because they could afford it. The type of food that we now know attracts bacteria was exactly the type considered a luxury back then.

For the average commoner, sugar just wasn’t that accessible.

Where sugar was consumed it was usually of the natural variety, such as those you get from fruits and honey. These were usually mixed with a high-calcium diet, in conjunction with vegetable. That means that the average Medieval peasant ate pretty darn well, as far as their teeth were concerned.

A good thing too, since dental care at the time was…deficient, for the lack of a better term.

Dental Tips From the Middle Ages

What did people do to keep their teeth clean back in the days before modern science and medicine? It’s not like they had Colgate or access to clean running water.

As we’ve seen, diet plays a huge role in dental health. Access to sugar can make a huge difference, as we see when comparing the remains of the poor versus those of the aristocracy. But, maintaining a good diet for oral health was more of a coincidence of your means, at the time. Most didn’t know how the two were related.

There was plenty of other advice going around, though.

According to Trotula, a physician who wrote for women in the 11th century, recommended her readers to wash their mouths after dinner with a “very good wine.” Not a problem, I’m sure, since a good glass of wine is always wanted. Trotula further recommended to dry and wipe the teeth with a white cloth, and follow up by chewing on a piece of fennel or parsley, to help whiten the teeth and improve breath.

It was sensible advice, to some extent, given alcohol’s proclivity for killing bacteria, and parsley’s usefulness with bad breath (thanks to the chlorophyll in it).

In 1525, Richard Banks published the first herbal guide in England. He recommended taking rosemary stems and burning them down to ash, and then scrubbing the product all over your teeth. This advice is a less sensible, but may have at least helped scrape some of the debris left over after meals.

Another English physician, Gilbertus Anglicus, gave some advice of his own when he wrote in the middle of the 13th century. He recommended balls made of too many ingredients to list, so here’s the recipe if you’re interested in giving it a try (I do not recommend):

All the spices certainly help cover bad breath, but otherwise, it’s unlikely this will actually help all that much.

Finally, in 1615 Gervase Markham wrote The English Housewife. A horse breeder, it’s hard to know what makes him an expert on the housewife or on teeth. Alas, we will never know, for relatively little is known about his life.

In his book, provides a simple recipe for medieval teeth whitener. All you need is: red wine vinegar, pickling alum, white salt, and honey. Heat it up and let it simmer for five minutes.

The concoction is acidic and it most definitely helps pull food debris off the teeth. It also makes them feel fresher. Of course, all that acidity isn’t good for the tooth’s enamel, and so one is left hoping that another Medieval non-expert provided another option that people took more seriously.

There was, in fact, more advice from where all of this came from. Medieval medical experts even attempted cures for oral cancer like taking the juice of a plantain and mixing it with water, the distilled water of red roses, and using to rinse the mouth out on a frequent basis.

Better To Be Healthy Than in Need of a Dentist

Isn’t it curious how a commoner’s dental health was, on average, better than the aristocrat’s? Of course, this relationship is no longer true, because sugar is prevalent in almost everything we eat. In fact, some of the cheapest things, like soda pop, are loaded with sugar.

According to one widely cited figure, whereas 20 percent of an average person’s teeth may have suffered from cavities in the 14th century, this figure would rise to almost 90 percent by the 19th century. This is surely a result of increasing wealth and growing access to sugars, which continues to affect our society today.

Luckily, modern dental care has really picked up its game since the 15th century. Don’t forget to schedule your regular dental cleaning, less you become the next Richard III or Elizabeth I.

In a previous blog periodontal disease (periodontitis) was documented as the most common cause of tooth loss in patients over 40 years old. However, this disease doesn’t only affect the mouth.